Menu
Migration from Serendipity All versions is supported

Serendipity is powerful content management system designed primarily to build weblogs. However this doesn`t prohibit you from creating rich and professional web-application. Built using PHP and released under BSD license, Serendipity allows developers to learn from its code and create complex modifications.

Serendipity`s flexible plugin system allows you customize both appearance and functionality of your site. The CMS features more than 120 plugins available for user to install.Most popular of which is SPARTACUS, allows automatic checking of central repository for new upgrades. Another plugins include WYSIWYG and HTML editors, pictures/media related plugins, multi-user systems that allow you to use to setup permission/usergroup relationships. Last but not least, Serendipity supports multiple database backends, such as PostgreSQL, MySQL, SQLite.

Advanced users started to switch to Serendipity because of modular configurable architecture and flexibility. And there is no faster and easier way to switch from your current CMS to Seendipity than using CMS2CMS. 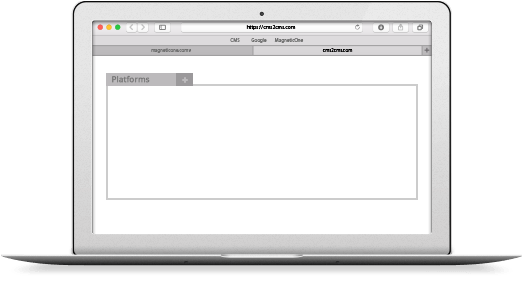 What I Can Migrate

Estimate Your Own Migration Price

To receive the most accurate calculation of your migration price, please indicate the exact amount of your current data.

CMS2CMS did an amazing job migrating a very very old CMS to Wordpress. And they also migrate our large forum. They are quick with customer response which is great and have helped with any issues that I saw.

Worth every penny. Saved us many hours of hand-moving data. It got all the data from the old Drupal site and placed it in the new WordPress site. There was a slight hitch with the test, but their support worked it out very quickly.

The Hippo roller website used Joomla for five years and to implement the major decision to move to Wordpress meant moving hundreds of articles and images from K2. This seemed like a daunting task until we tested cms2cms. BRILLIANT!

I've done the test migration from Joomla to Wordpress and I could not be happier with the results! It even ported over videos connected with the articles, just fabulous.